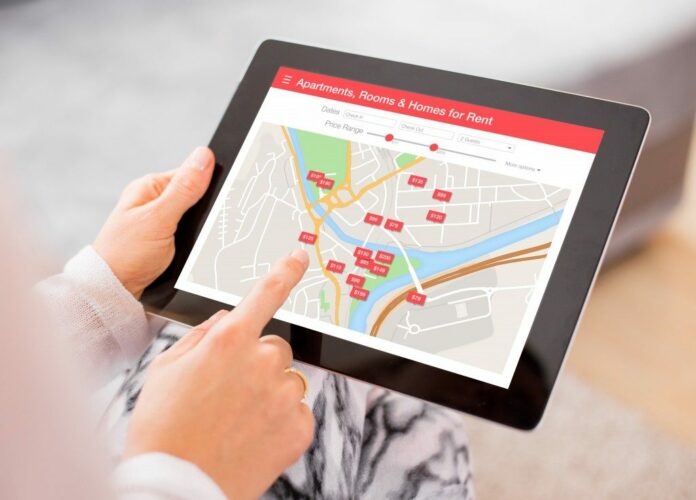 One of the most commonly used medium in reality is GPS which is also familiar with the name as GNSS (Global Navigation Satellite System). One of the foremost reasons for this is the oldest navigation system as US Defense started this in 1978. Nevertheless, a number of such systems such as BeiDou, Glonass, Quasi-Zenith, Galileo and the newly proclaimed by the India are NavIC.

As in the article, you are reading, GPS Alternatives are discussed and compared point-to-point characteristics with great details. In this article, discussion is about the navigation system regarding the accuracy, coverage, orbital height, and various other aspects that contained in the definition of satellite navigation system.

Upmost Alternatives of GPS in 2021

So avoiding more discussion, let’s move towards the Alternatives of GPS list.

Basically, the meaning of the above statement is that NavIC only covers India and its neighbors while GPS covering the world completely. By comparing in terms of accuracy, NavIC performs better as their satellites are directly with the sight of India’s region. In conclusion, NavIC is the automated satellite navigation system in India with better performance than GPS. Moreover, the India will launch five more satellites in the coming few years, which will be great.

If someone is looking for the best App like GPS with respect to accuracy and coverage then GLONASS is best. GLONASS is developed in 1995 and operated by Russia. In comparison of satellites, GPS has 31 whereas 24 satellites of GLONASS. 20 more satellites were needed for working global system for satellite navigation. Since 2010, Russia maintained the constellation.

Besides this, GPS and GLONASS are identical in some aspects as they both have period and orbital height. With the accuracy point of view, it has a 5 to 10 meters location precision that corresponds to the location precision of GPS which is 4 to 7 meters. To be sure, the results will be much better in sense of getting location by using the triangulation of local cellular. GLONASS is a capable system of satellite navigation by Russia and is act as second GPS.

Another Similar to GPS which is global system of satellite navigation is BeiDou. China runs BeiDou. The project of BeiDou was launched for developing the Alternative of GPS in 2000. Even though, its coverage and accuracy is limited because of the usage of only 2 satellites. Thus, China launched 10 as well as 15 satellites into the orbit of Earth in 2012 and 2015 respectively, in order to make the constellation much bigger.

Moreover, China sent more seven satellites for making the constellation more larger by operational satellites upto thirty-three. By focusing on the coverage, BeiDou act as approximately equal to GPS of US. Aside from that, accuracy parameters of BeiDou is 3 to 5 meters that is great with the addition of precision of location upto 10cm. However, this is only for the use of military. By summarizing, BeiDou is performing better as GPS and has a potential to GPS alternative except doubt.

As developed countries have their own satellite navigation systems, European Union also goes for developing its own GNSS. For that reason, in 2005, they started developing and Galileo was completed and operational in 2016. For the clarification of it, it is a satellite system of global navigation similar to GLONASS and GPS. For now, it has operational 22 satellites constellation which are orbiting around the Earth. Furthermore, European Union is looking to large its constellation upto 30 satellites this year.

By focusing on the mechanism of working, Galileo and GPS, both are approximately the same but with a little higher altitude. However, Galileo has various issues regarding the atomic clocks as well as weak signal strength in past years. In conclusion, Galileo acts as a satellite system of global navigation that is getting better by reaching its FOC ( Full Operational Capability) in year 2021 to be the best GPS alternative.

Another satellite system for regional navigation is QZSS (Quasi-Zenith Satellite System). It is developed by Japan and near to same as NavIC system of India. Another name of QZSS is Michibiki which is the Japanese language. Its constellation is upto only 4 satellites. The project of QZSS started in year 2010 and become operational in 2018 for public use. Like GPS, QZSS objective is to provide the highly precise and stable location in Japan with the coverage of the region of Asia Ocean. As Japan’s development is slow regarding satellite navigation, they commit to launch more seven satellites till 2023.

Also identical to NavIC, almost all the time it has directly line of sight satellites directed towards their region with Japan’s coordination. Moreover, Japan has deployed the satellites in geo-synchronous and geo-stationary to ensure the visibility of atleast one satellite all the time over the Japan. Finally, QZSS of Japan working is approximately the same as the GPS of the US; however, it holds lots of promises and hopes for the best for bigger expansion in the short time.

The 5 Best GPS Alternative Systems In 2021

Above mentioned are the 5 Alternatives of GPS which were developed by China, Russia, India, Japan and European Union. As told earlier, developed countries are invested in the launching of their own satellite systems of navigation and all this because of the un-dependency on others during the attacks of aerial, terrestrial war and submarine. The important thing noted here is users can’t use by its own the GNSS system because it is on the dependence of applications and smartphones which are using. Remember this. This is all from my side, wait for your opinion regarding this in the comments.

The process of getting knowledge of checking the specifications of computer is helpful in various scenarios. By the help of which users can upgrade...
Read more
Internet

One of the most commonly used medium in reality is GPS which is also familiar with the name as GNSS (Global Navigation Satellite System)....
Read more
Internet

Procedure for Opening RAR File on Mac and Windows PC

On Some occasions, user gets a file with the extension of “.rar.” This happens when the user downloaded the computer application or getting a...
Read more
Load more

The process of getting knowledge of checking the specifications of computer is helpful in various scenarios. By the help of which users can upgrade...
Read more
Internet

One of the most commonly used medium in reality is GPS which is also familiar with the name as GNSS (Global Navigation Satellite System)....
Read more
Internet

Procedure for Opening RAR File on Mac and Windows PC

On Some occasions, user gets a file with the extension of “.rar.” This happens when the user downloaded the computer application or getting a...
Read more
Internet

Mechanization is not just used for commerce; you can also use it in your personal lives to generate your life more creative. We all...
Read more
How To

If you really are interested in playing Minecraft, one of its key issues which you may experience in the game is https://aka.ms/remoteconnect. It can...
Read more
Load more
© Webguides.net © Copyright 2019, All Rights Reserved