For a long time, file sharing has been improved by using torrents. Regardless of the size of the file, users can transfer data over the Internet in a matter of seconds. Using the BitTorrent protocol, huge files can be downloaded more quickly and reliably since it divides data into smaller chunks before downloading them all at once. Torrent search engines allow users to find a wide range of information quickly and easily. But you must have best torrenting apps for android or a torrent client installed on your device in order to do any of this.

Disclaimer: Please note that this article is particularly for BitTorrent and P2P users, however we do not support or condone any illegal use of P2P technologies, such as hacking or distributing copyrighted material. BitTorrent and other forms of torrenting are both highly effective and legal. Take care not to infringe on the rights of others to their property.

Hence, we’ve put together a list of the best torrenting apps for android, for torrent clients.

One of the greatest Android BitTorrent clients which comes first on the list of best torrenting apps for android, named as Flud, can be found on Google Play. In terms of design, the app follows Google’s Material design philosophy. The application has a wide range of features, many of which are unusual for torrent clients.

Furthermore, when it comes to uploads and downloads, there is no speed limit at all. You can select which files from a torrent file to download with this programme. Additionally, when downloading files or directories, you can also set a priority for them. Other than that, RSS feeds with automatic downloads are also supported by the app. It also has support for magnet connections.

Flud supports both Torrent Transport Protocol (µTP) and PeX (Peer Exchange). Sequential downloads, shifting of files while downloading and multi-file downloads are all supported by this app as well. Encryption, IP filtering, and proxy support are all available to trackers and peers.

With torrent, uTorrent is synonymous no matter what platform you’re on. Android users know it well as one of the most popular torrent apps ever created. It has more than 100 million downloads on the Play Store, which proves that the torrent client is excellent.

A lot of things have changed in the uTorrent user interface over time. For instance, it now has a streamlined and simple design. Additionally, using this software, you can send files instantly to your Android phone or tablet.

This service does not have a limit on the speed at which you can download or upload files, nor does it restrict the size of your downloads. The programme also includes a music and video player so that you don’t have to open a separate app to play your media files.

As a bonus, uTorrent supports magnet links and allows you to click on them while surfing, resulting in an instant download. Creating a playlist allows you to play all of your music at once as well, even if they were obtained in separate torrents. It also allows you to download only specific files, so you don’t waste data on things you don’t need. Lastly, it is possible to use torrenting and seeding while conserving your cell data by using the programme just over WiFi.

Vuze is yet another fantastic Android BitTorrent client that provides full control over torrents. A torrent client that is both light in weight and powerful is exactly what you’d expect from a torrent client. Using the software, you may look for and download torrent files by searching within the programme itself.

You may also pick and choose which files in a torrent you want to download using the programme. Additionally, download and upload speeds for your torrent files can also be customised. The user interface is simple and easy to understand.

Seeding torrents via a WiFi connection is a data-saving alternative. The software sends you a ping when it has finished downloading or uploading something. Lastly, automatic startup upon device reboot is also possible with this feature.

BitTorrent, the Android torrent client developed by the uTorrent team, is a wonderful piece of software. Even the most inexperienced users will have no problem navigating the software. There is no limit to the pace at which torrent files may be uploaded or downloaded, and there is an integrated media player so you can access your music and movie libraries without having to jump between apps.

Furthermore, an improved mobile torrenting experience and better download rates are some of the claims made by the company for its Android app. You may download files with a single click thanks to the support of magnet links. Additionally, BitTorrent’s content partners, such as Moby and Public Enemy, can be promptly searched for licenced, free music and film assets.

You may also download multiple music files and play them as a playlist with this programme. It claims that the most latest torrenting core technology, which is constantly updated by experts in the field of torrenting, are used by BitTorrent. Lastly, there’s also a feature called Canonical Peer Priority, which reduces the distance between you and other peers in the torrent network.

You can use FrostWire if you don’t have access to a lot of torrent sites. Also included are an advanced download manager, a music player and a media library in addition to a torrent search engine.

In addition, FrostWire does not limit upload or download speeds. It is possible to simultaneously download numerous copies of the same file using a distributed peer-to-peer file-sharing network. Additionally, large media files can now be downloaded at a much faster rate because of this technology.

You can use the app to download a wide variety of media, including music and video files, books, pdf files, games, software, and images. Its integrated media player and torrent file browser set it apart from the competition. A WiFi-only and an auto-pause mode with a VPN disconnect are also included. Lastly, it allows sequential downloads so you can begin playing your content while the rest is downloading.

A well-known torrent client, TorrDroid, is known for its remarkable features and it’s app proves nothing more too. There is a simple way to hunt for torrents and download them using this torrent client and a search engine combo. Enter a few keywords into the built-in search engine, and you’ll be able to download results right away!

In addition, it allows automatic downloading of the most relevant and trustworthy torrents depending on your search options, allowing you to sit back and relax while your torrent download is being handled. A secure torrenting experience is provided in addition to preventing accidental downloads of viruses and bogus torrents. Torrents can also be downloaded using magnet links without a speed constraint.

DHT, LSD, UPnP, and NAT-PMP formats are all supported. Individual files can also be downloaded one at a time. You can now see the video while it’s still downloading! Lastly, in case of lack of RAM, there is Wi-Fi downloading and adaptive download queuing to save mobile data feature too.

Based on the well-known and long-running tTorrent application, tTorrent Lite is a lightweight alternative of the original application. With the lite version, you get a lighter and more fluid app experience, as well as additional features. Torrent files can be created, distributed, and downloaded using this programme. It is possible to download only the files you need from a torrent.

In addition, writing to SD cards and other external storage devices is possible with this app. Furthermore, streaming a video while it is downloading is possible with sequential download capability. When using Wi-Fi-only mode, you can avoid using up your mobile data while accomplishing these tasks.

Additional features include support for DHT and magnet links. RSS feeds can also be set up to automatically download torrents that have been published in the feed. Whether it be UPnP or NAT-PMP, the system supports both. Lastly, IP Filtering, proxy compatibility with SOCKS and HTTP, encryption, a web-based interface, and label support are also included in the application.

LibreTorrent is next one on the list of best torrenting apps for android. It is a free and open-source Windows client and we’ve been using it for a long time. The same can be said with their Android app. Additionally, encryption, LSD, UPnP, NAT*PMP, µTP are supported as well as DHT and PeX. IP filtering is also supported.

This app allows you to adjust network settings, power management, battery control, and more. Additional support is provided for HTTP/S and magnet links, as well. A tablet-optimized user interface is included as part of the app’s compatibility with Android TV. You may also manage all of your RSS feed downloads via the RSS manager.

You have complete control over which files are downloaded and even the order in which they are downloaded. Hence, sequential downloads are also possible. Lastly, using Material Design, the app’s user interface is more visually appealing.

When compared to other torrent clients, Tornado stands out. As it allows you to access your desktop or server’s Transmission BitTorrent programme from a distant location. Downloads can now be started directly from your phone to your computer with this app!

Additionally, everything you need to know about your downloads and uploads can be found in one place, thanks to the app’s user-friendly interface. Furthermore, torrents can be listed, searched for, filtered, and organised as well. If you’re using a smartphone or tablet, you’ll be able to begin, stop, and delete torrents from your PC.

It’s also possible to download it to your phone or tablet. Downloads can be saved to your hard drive or an SD card. All downloads and uploads made using the application are logged in a comprehensive manner. It’s even possible to add multiple accounts! Lastly, this programme is designed to handle long torrent lists, and many lists of various detail can be chosen.

aTorrent ranks last on the list of best torrenting apps for android, but its surely not the least. aTorrent’s most enticing feature is its unique and stylish look! The program’s interface, which is based on Material Design, is one of the best in the torrent client industry. It is possible to use the dialogue box to look for torrents, add torrents from a file, and add magnet links. Additionally, torrent downloads can be saved in a specific location as well.

Furthermore, selective downloads are available from torrents that contain a large number of files. Parallel downloads are also supported, allowing you to download many files at once. Lastly, magnet links, HTTP and UDP trackers are all supported as are BitTorrent P2P, DHT, and Advanced DHT Bootstrap. 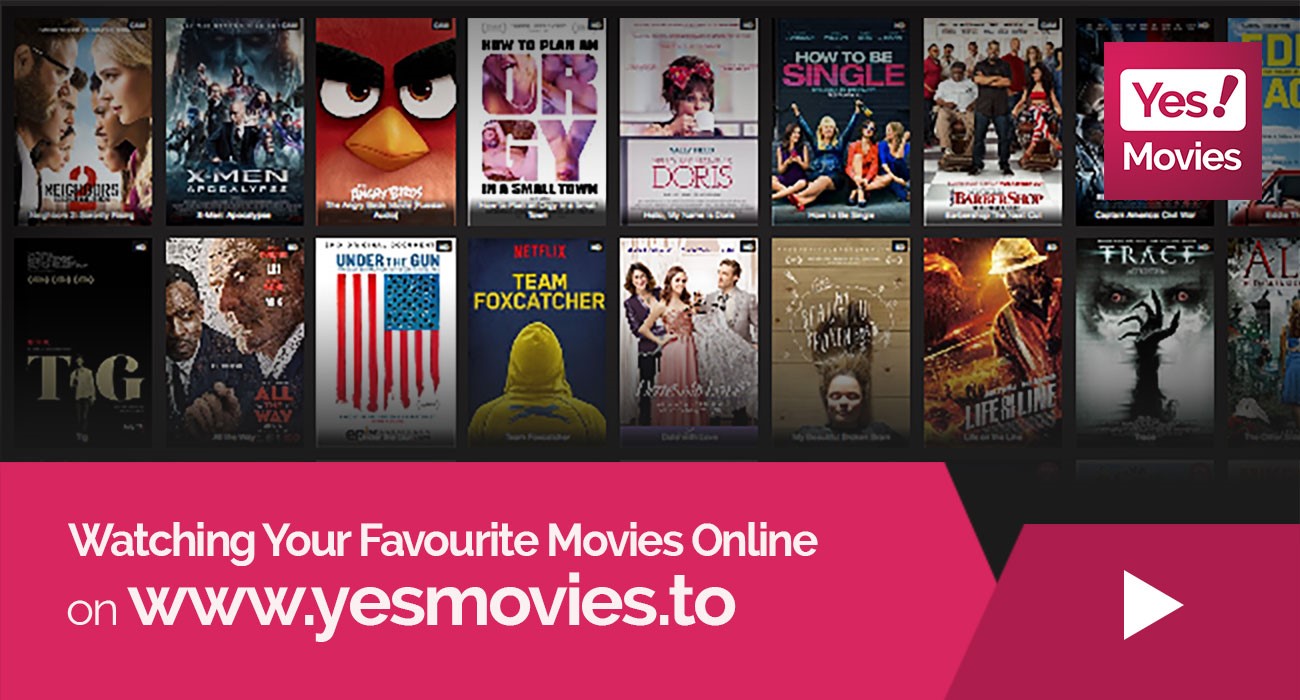 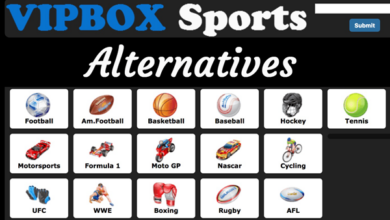 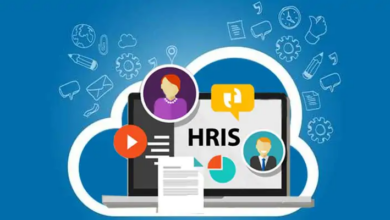 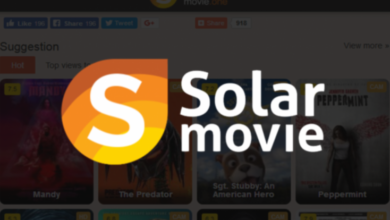