Gamers all across the world are familiar with Roblox. It’s one of the best gaming platforms around. Playable minigames by players for players are scattered across the site. In fact, some games have been designed specifically for virtual reality (VR). If you’re looking for the best VR Roblox Games, look no further. Just put on your virtual reality goggles and get ready to play some of the most exciting games out there today!

Here’s a list of top 17 VR Roblox Games for the gamers out there.

Our list of the best VR Roblox Games begins with VR Hands. It’s fun to play because the hands and fingers are so different. To remove non-VR players off the map, grab a table tennis paddle and smash them to pieces. To spice things up a bit, try the obstacle course.
Some virtual reality (VR) players use their electronic hands to connect with one another and play a variety of games together.

You are the Janitor of the Bribbleco building in this game. Maintaining a clean environment is a matter of personal accountability on your part. You can select a character from a variety of alternatives. You must perform all allocated activities to advance in levels and unlock new objectives.

Aside from being able to play the game alone, you can join up with pals. As a result, you’re able to work more quickly.

From the name alone, you can tell what this game is about. If you want to make mouthwatering burgers, then this game is for you. In this game, you’ll have to cook burgers and run a restaurant. In order to keep them coming back, you need to make sure that your consumers are happy. From making burgers to keeping track of inventory to procuring fresh supplies, you are in charge of it all.

Paranormica ALPHA is the greatest choice for those who adore spooky games. Investigating the supernatural is the focus of this game. To find the ghost, the players must find the room’s Ouija board and use it.
Playing with a group of friends makes the game even more fun. For those of you who haven’t yet done so, now is the time.

Play this if you’re a fan of ragdolls. Using a lighthearted approach, this game introduces players to the concepts of physics and gravitational laws. All of the characters in the game move around like ragdolls and have to deal with obstacles like walls. Learn new ragdoll activities and moves by unlocking the map.

Beat Saber was the inspiration for Sound Space, a virtual reality (VR) game. Sound Space, on the other hand, has its own spin. Hit notes on a track as they approach is the goal of the game. There are additional quests to do throughout the game. Virtual arcades in the style of a neon-lit nightclub are available. This is without a doubt one of the most enjoyable games out there.

The Koala Cafe is part of a larger restaurant themed game. Customers must be served and their satisfaction is ensured in this game. Up to fifty players can be added at the same time. Employees and clients alike are more than welcome to join you in this endeavour.
You can also interact with other players via messaging. A good or bad employee depends on how well you handle orders.

In order to have a good time, this game is best played with friends. It’s a place for players to socialise with each other. This game, in contrast to others, lacks a narrative. Because it’s self-driving, there’s no need for you to take the wheel. Gamer characters’ heads can, however, move independently of their bodies. It’s possible that the Self-Driving Simulator doesn’t have much to offer, but conversing with other players in the game is sure to be enjoyable.

Playing in Sked’s Playground is a hybrid of traditional and virtual reality. An obstacle course is the goal of the game. The ability to work together as a group is critical in this game. Everybody has to work together in order to arrive at a final decision. If you’d rather not help others, you can simply toss them around the playground.

This is the game for you if you like zombies. The zombie apocalypse is brought to life vividly in this virtual reality game. You have access to a wide range of weapons and equipment to use in your fight against the undead. When playing with several people, the game is more exciting.

Reviving your allies if they become infested by zombies is an option. As you go through the game, additional areas and stages will become available for you to explore.

It’s all about building, cooking, and messing around in this virtual reality game. VR World Beta is a great alternative if you’re looking for a basic and fun VR game. As if you were on a playground, you can participate in various games. Beta testing of the game is now taking place. Other than that, it is frequently updated with new activities for you to participate in.

This is a fun game that requires you to think beyond the box. The makers of VRBlox Drawing had artists in mind when they created it. This game will be a blast if you want to put your virtual drawing skills to the test. There are a number of drawing tools that may be used with controllers in the game. This Roblox game differs from others in that it lacks a specific objective. Just let your imagination go wild and scribble down any and all ideas of your ideas.

The VR Sandbox is a terrific place to unwind and socialise virtually. The sandbox is a playground for virtual reality users. They can also act as a platform for other things. Non-VR gamers can also use these parkour platforms to reach new heights in this game. To have fun, both virtual and non-virtual players must work together.

You should also try out Roblox’s VR Islands. For those who prefer playing alone, there are several modes to choose from.

Paintball guns, pool tables, and a furnace for roasting non-VR gamers are just a few examples. Everything is possible in this virtual reality environment. Bringing a group of pals will make the experience even more fun.

Roblox players or VR noodles can be found in this game. Slack, floppy arms are standard equipment for players. However, knives can be used to injure yourself with your hands.
Additionally, you have the ability to imprison Roblox players. They’re constantly bringing new locations to the table for players to explore. Aside from that, players can converse with one another in the game.

Finally, Laser Tag VR is available for you and your friends to playas well from the list of best VR Roblox Games. Laser Tag may now be played from the comfort of your own home, rather of having to travel to a laser arena. A neon-lit cavern awaits you in this eerie adventure. You can form teams in order to play. You win the game if your team scores the most points.

This is a great game to play with your pals because it’s so much fun.

12 Best Torrent Clients that You Should Try Best Free Voice Changer Apps For Discord While Gaming In 2023 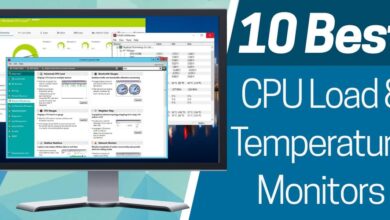